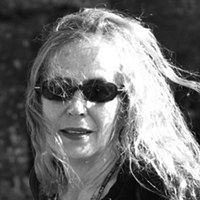 Catherine Boulogne is a studied painter. After studying at the "University of Fine Arts" (Universität der Schönen Künste) in Paris, she also began to work on sculptures. She views humor as an especially important part of her art. She worked as a designer for several years, showcasing in the famous department store "Galeries Lafayette" in Paris. Boulogne is characterized for her decorative artistry and internationally demanded sculptures.

This is not to be overlooked in her "garden spirits". The five figures are technically and artistically convincing. At the same time they conjure a smile on the viewer's face, because of their all too human quirks. They all have a personality, and so each figure has earned a name for themselves.