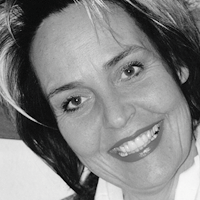 Iti Janz attended the Art School in Constance, after which she studied free painting at the Vienna "Academy of Fine Arts" (Akademie der Künste) (under the tutelage of Anton Lehmden) and free graphics under Gerhart Bergmann at the University of Arts in Berlin. Since 1989, she has been working as a freelance artist.

Her work is extremely diverse. She designs for glass manufacturers, architecture, even equips entire convention and event centers, has designed several walls, creates film projects and works as an illustrator and product designer in various professions.

Her sense of humour cannot be overlooked when it comes to sculptures, a great example is the bronze sculpture "Verwunschene Erdbeerprinzessin“ (Enchanted Strawberry Princess).