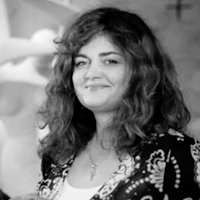 Karen Salicath graduated from the Danish Design School in Copenhagen, which she attended from 1986 to 1991. A significant part of her sculptural work is dedicated to the human being, especially female characters. They play a big role in her work, many of these works are influenced by the Christian, Greek and Norse mythology.

Salicath's works are obligated to a quite traditional idea of beauty. Her works are beautiful in a very classical sense. This is characterized by the reduction of the figures on smooth, delicate bronze surfaces.

She has participated in many exhibitions throughout Scandinavia, the UK, the U.S. and Japan and has received numerous grants for her work.