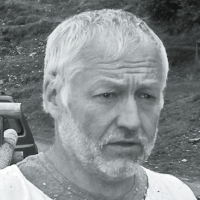 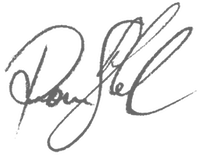 Roman Strobl is the son of a renowned wood sculptor, he had already learned his craft as a young man in his father's business when he went into the Italian Todi to study sculpture under the tutelage of Sebastian Cosamale. But the time of learning had just begun for Strobl: he was already well advanced in his designs and craftsmanship, so after his studies he took his inspiration from the Middle East and India, as well as Greek and Cretan art. At the same time, he focused on stone sculpture for several years.

He only returned to using wood at the end of the 1990s. However, since then, he is known primarily as a wood sculptor. The work that he created since 2005 really impressed the art world. Especially the work which he created using chainsaws, like the life-size reminiscent of Giacometti figures or the curly portraits of famous personalities which he created using a naked chain saw blade made from wood trunks.

However, Strobl's work is diverse: he has distinguished himself as a wood, marble and stone sculptor as well as a draftsman and painter. His wood sculptures like the untitled dancer, which are shaped through wood chisels and carving knives, show the mastery in craftsmanship and traditional shapes.