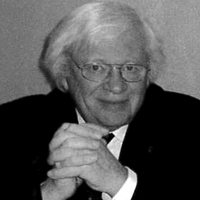 Théo Stuttgé was born in Alsace Schiltigheim. After graduating from art school (Kunstgewerbeschule) in nearby Strasbourg (1947-1951), the young sculptor was awarded the price of Strasbourg. However, his first big contract did not come in France but in the Congo, where Stuttgé had to do his military service. The altar of the Protestant church of Brazzaville was created by him. There you find his portrait of Father William Joseph Chaminade, founder of the order of the Marianists, who still works in the Congo to this day.

After returning to France, Stuttgé worked from 1957 to 1976 exclusively as a freelance sculptor, then from 1976 he worked as a teacher of sculpture. Stuttgé can now look back on his work which spans more than six decades.