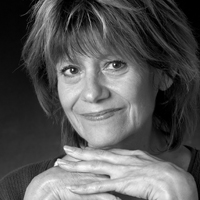 Yvonne Clergerie has been the guest of honour at over 40 exhibitions in Paris and the provinces. Her work is regularly exhibited abroad.