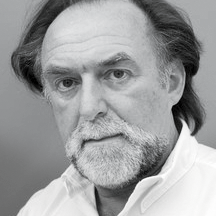 Joseph Michael Neustifter comes from an old family of sculptors in Lower Bavaria and is now the fifth generation to practice this art and profession. He learned his father's craft when still a child in school. From 1969 to 1975 he pursued the study of sculpture with Georg Brenningerat the Academy of Fine arts in Munich. Neustifter has since received many major awards for his work (up to the Federal Cross of Merit and the Bavarian Order of Merit 'Pour la Mérité'); he is considered one of the most important sculptors of his generation.