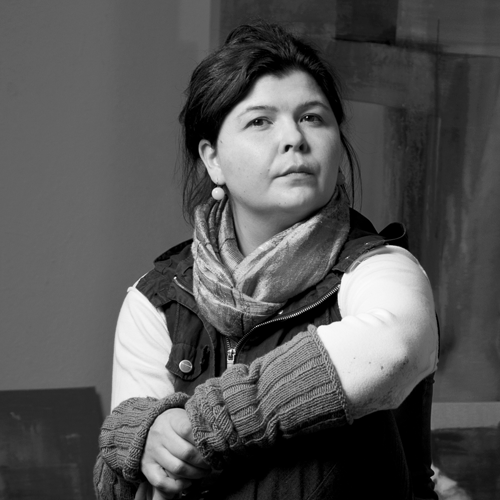 Anna K. Kleeberg studied at the Kunsthochschule Berlin Weißensee state art college and at the Berlin University of the Arts. At first, she concentrated on stage set design: from her first year of studies, she participated as stage and costume designer in theatre projects and productions all over Germany, and assisted such international greats as Professor Achim Freyer.
She obtained a diploma in stage and costume design in 2005. Thereafter, Kleeberg moved to the studio of Professor Jörg Immendorf in Düsseldorf, where she worked as an assistant up to her death. Here first individual exhibitions in Berlin, Düsseldorf and Leipzig were held during this time, and have been followed my many others up to the present day.

Her work is versatile and not restricted to the studio; apart from her paintings and graphic art, she retained the theatre as a sphere of work over the years, not only providing scenery for stage productions, but also working as a director herself. She made her first bronze in 2009.