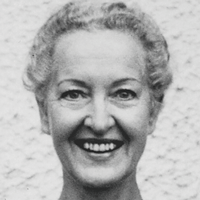 Hilla Wolf-Wagner was born in Schleswig-Holstein, her work however, is dominated by the southern flair. In 1982, she moved to Barcelona and there, under the Spanish sun, she learned her art. From 1983 to 1984, she studied at the Academy Leonardo da Vinci in Barcelona, after which she continued her studies from 1984 to 1987 under the tutelage of R. Martinez Brau at the Escuela Superior de Bellas Artes in Barcelona.

Since her return to Germany in 1987, she has been working as a freelance artist, even if she is drawn to seminars in the south. Typical for Wolf-Wagner are her female sculptures, proud, often quite lush, but still bursting with self-confidence, these figures are sometimes even portrayed in mythical and ancient contexts.