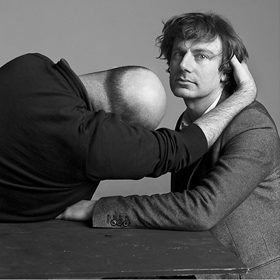 M / M (Paris) was founded in 1992 by Mathias Augustyniak and Michael Amzalag. As part of their work as designers, their activities extend to art, music and fashion. They have overcome the boundaries between disciplines, and as self-proclaimed graphic designers, they understand their work strategically from a creative point of view.