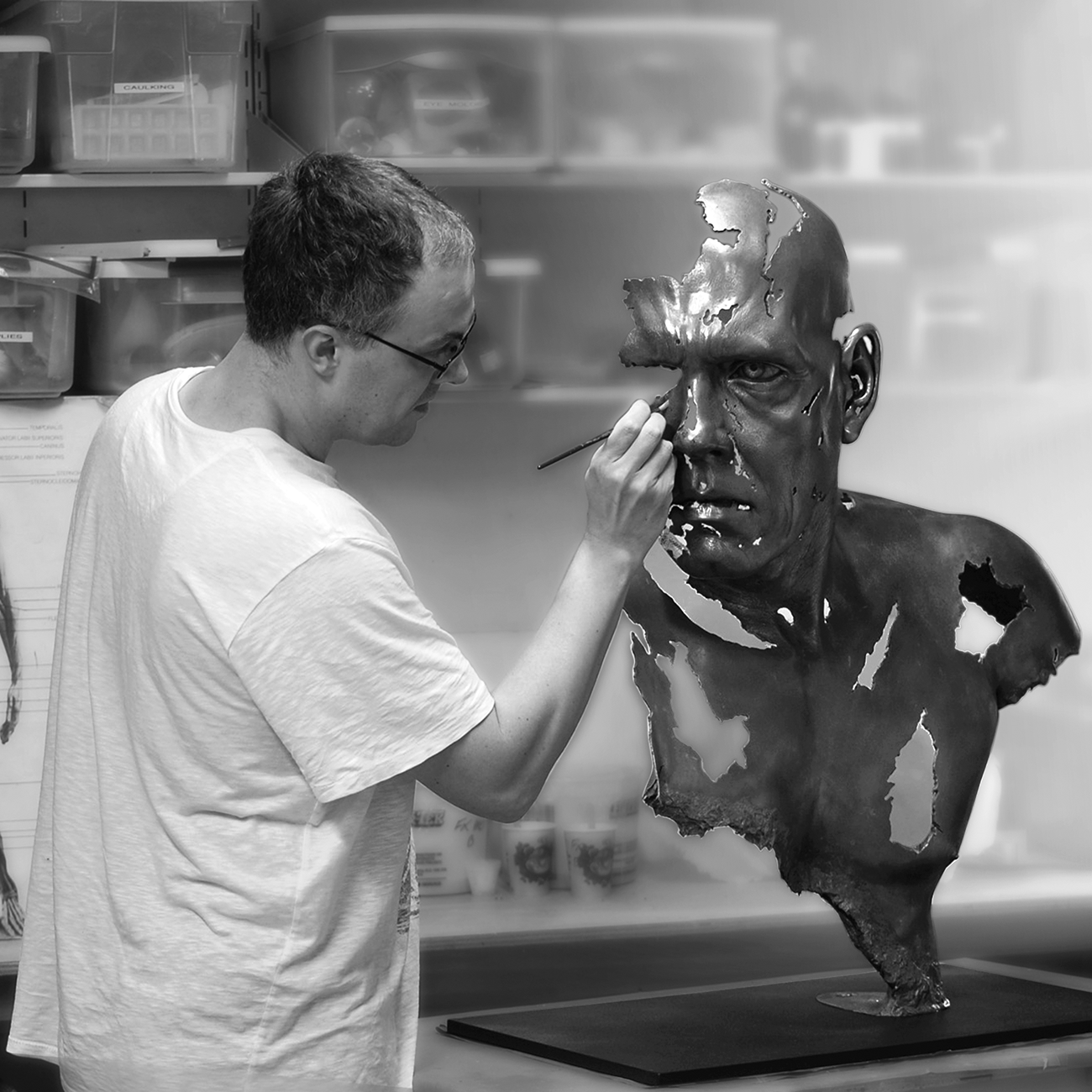 Jamie was born in the UK and living in Vancouver. Salmon has learned his artistic craft in the film industry . For some time he makes with elaborately made ​​of silicone, acrylic, pigment colors and real hair in weeks, even months of work created portraits sensation. There are hyper-realistic sculptures which are accurate to the smallest imaging skin pore and to the individual facial hair that they seem to live nigh.

The real and the fantastic but also knows Salmon are in the end only two sides of the same coin - and what we call reality , he liked to quote Einstein, is simply a stubborn illusion. Therefore, not so much the perfect appearance is the final goal of his work , rather he is concerned with the perception of one's own perception of the viewer. In the series of fragments to which "Face to Face " is one fourthly , he breaks through logical illusion equal to itself , and this literally : the hyper accurate representation of the body and physiognomy is associated with a frequently bought and broken , fragmentisierten surface.