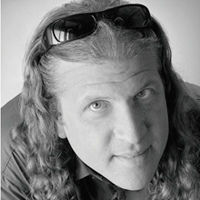 Like most sculptors, Uwe Bürkle started as a stone sculptor, and went through the appropriate training from 1985 until 1988. He visited the Free Art School in Stuttgart from 1990 to 1995, followed by a study of ceramics and sculpture at the Art Academy in Stuttgart from 1996 to 2003. Since 1998, he has been working as a freelance artist.

Bürkle's works are often representational and downright mimetic. His extraordinary craftsmanship almost jumps out at the viewer. With his work he proves (that even if he often worked with themes and motifs of classical antiquity), that he is extremely humorous and at the same time a very profound/contemporary artist. Many of his most delicately drawn figures conceal great depth, which viewers only become aware of after the second look.

Bürkle has been working with bronze nearly as long as he has been working with stone. With this material he shows us his artistic talents once again. But there is more; Bürkle has shown his crafty hand skills with far more difficult materials. For many years now he is in high demand internationally as a craver. Showing his artistic arsenal at many competitions, where he creates impressive sculptures made out of ice, snow and sand.